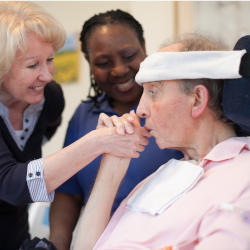 Brain injuries are commonly categorised as ‘traumatic’ or ‘acquired’.

A traumatic brain injury (TBI) is the result of a blow to the head which might be caused by anything from a simple trip to a collision on the sports field to a major road accident or assault.

A TBI is further classified as mild, moderate or severe:

There are many different types of brain injury:

People who have suffered severe traumatic brain injuries may well require full-time nursing care, but the vast majority of people attending hospital with a head injury will have suffered a fall or collision and suffer no apparent long term effects. Many more seek no medical advice at all.

In many cases, the after-effects will amount to nothing more than a short term headache, but in others, there may be a brain injury which goes undetected. Often referred to as a ‘subtle brain injury’, its effects can nevertheless have life-changing consequences.

People with a subtle brain injury may not exhibit obvious outward signs of disability but they may well experience difficulty in the workplace, struggle to concentrate, suffer fatigue or lack their previous drive and motivation. They could have difficulty relating to others and become moody and withdrawn. Some may exhibit the opposite behaviour and become disinhibited and extrovert. There may be memory problems or headaches.

Often these symptoms are not recognised as being attributable to brain injury and not fully investigated. If the victim of an accident has suffered other serious injuries, then the medical response team are likely to focus on those and could easily overlook any mild head injury.

An acquired brain injury (ABI) is an injury that occurred at or since birth. Whilst that does include TBIs, it is more commonly used to refer to injuries due to, for example, an infection, tumour, stroke or a medical accident (clinical negligence or medical negligence).

There are many conditions that could cause an ABI, these include:

Birth injury refers to an injury sustained by a woman or her baby before, during or soon after birth, which may result in damage to the brain; the most common of which is Cerebral Palsy. Birth injury can occur as a result of:

More information on birth injuries is available at: www.braininjurygroup.co.uk/news/what-is-birth-injury/

A brain tumour is a growth of cells in the brain that multiples in an abnormal, uncontrollable way. Symptoms vary according to the exact part of the brain affected, but common symptoms include:

There may be a claim for clinical negligence if there has been a misdiagnosis, delay in diagnosis or an error in treatment or surgery. These scenarios could result in complications for the patient, including exacerbating the cancer itself, a longer recovery period or death due to the failure to treat earlier.

Cerebral Palsy, one of the most commonly seen brain injuries in children, is a lifelong neurological condition which occurs either before birth, at birth or in the first few years of life whilst the brain is developing. Potential causes of cerebral palsy are:

It should be noted that the majority of cerebral palsy cases occur spontaneously during pregnancy and not as a result of negligent care. However, if you have concerns about the care your child received, it is worth having a free no-obligation chat with one of our specialist member law firms.

Further information about Cerebral Palsy can be found at:

Hydrocephalus is a build-up of cerebrospinal fluid in the brain. This is a naturally occurring fluid but if something occurs to stop the fluid passing from the brain into the blood stream raised pressure in the brain can occur, leading to brain damage. If left untreated, hydrocephalus can be fatal.

Additionally, in older children and adult’s symptoms can include:

If not correctly diagnosed and treated, damage to the brain can occur which could lead to a person suffering long term difficulties with learning, vision, impaired speech, memory, epilepsy, movement and co-ordination issues, and a short attention span.

Claims involving hydrocephalus are extremely complex and will only succeed if the brain injury has resulted from a negligent act or omission, so how the condition is picked up, monitored and treated are crucial.

More information on Hydrocephalus can be found at: www.braininjurygroup.co.uk/news/hydrocephalus-help-and-support/

Kernicterus is a condition linked to jaundice in new-born babies. Whilst jaundice is commonly seen in new-born babies and easily treated, if not diagnosed early, monitored and treated, in extreme cases it can cause a type of brain damage known as kernicterus. Initial signs of kernicterus can include poor feeding, floppiness, seizures, arching of the spine and failure to respond to stimulus.

Whilst long term implications vary greatly in severity, commonly a child who has suffered kernicterus will be diagnosed with cerebral palsy, damage to hearing, learning disabilities and impaired eye movement. Life expectancy is rarely affected, but it is likely a child affected will need long term care, rehabilitation and educational assistance.

It’s important to seek advice from a specialist medical negligence solicitor who has experience of dealing with kernicterus cases if you have concerns about the care your new born baby has received; if it is found that the care received was negligent, it may be possible to bring a claim against the hospital which will ensure your child receives the right rehabilitation at the right time to live a comfortable and fulfilled life.

More information on Kernicterus can be found at: www.braininjurygroup.co.uk/news/a-look-at-kernicterus-and-jaundice-in-babies/

Neonatal hypoglycaemia is a condition where a new-born baby’s blood sugar fall to a very low level which, if not recognised, monitored and treated, can cause permanent brain damage.
Symptoms include:

If there has been a delay in recognising the condition and treating, whether in hospital or in the community, it may be possible to bring a claim for clinical negligence.

Neonatal hypoglycaemia is a rare condition and claims can be very complex, especially if the baby has underlying health conditions, so it’s important to speak to a specialist lawyer about your concerns.

More information on Neonatal hypoglycaemia can be found at: www.braininjurygroup.co.uk/news/neonatal-hypoglycaemia/

A stroke occurs when blood supply to part of the brain is blocked or cut off by a bleed or a blood clot.

Stroke is the most common non-traumatic cause of acquired brain injury which can happen to anyone at any time, from before birth to old age. Whilst a stroke can cause brain damage, even with the best possible treatment, delays and failures in the diagnosis or treatment of strokes can result in severe and life changing injuries, having an emotional, practical and financial impact on those affected and their families.

Circumstances where a claim may be possible include:

Our brain injury specialist law firm members are available to discuss your concerns and to investigate whether it is possible to bring a claim against the treating doctors or hospital.
Find out more about bringing a claim for clinical negligence after a stroke at: www.braininjurygroup.co.uk/news/stroke-clinical-negligence-claim/

Find out more about how Brain Injury Group can help, if you’ve been affected by brain injury and need legal or welfare benefits advice.

Alternatively, there are several ways to get in touch: 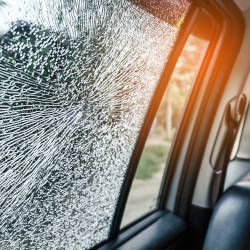 Brain Injury Group @braininjurygrp
20 hours ago
The Highway Code is changing on 29 January - are you ready? Members @irwinmitchell have put together a short quiz - 7 questions to prepare you for the Highway Code Changes - how do you score? We scored 6/7!
https://t.co/H5jvThbttP https://t.co/xEl2OCtCrE
View on Twitter
3
7

Brain Injury Group @braininjurygrp
24 hours ago
Sign up now to join us next week at this free webinar. https://t.co/ugdKGy3wzo
View on Twitter
CHROMA @wearechroma
Looking forward to discussing #songwriting in #musictherapy to support cognitive/executive function following a #braininjury at the next @braininjurygrp webinar on 24/1 at 12pm. It’s is accredited by APIL Training and FREE to attend. Not to be missed https://t.co/HD7Yre1rZM https://t.co/Yt3fquk1Rm
0
1

Brain Injury Group @braininjurygrp
24 hours ago
This week we speak to Kelly Lingard from member firm @irwinmitchell to find out what is contributory negligence and how does it relate to a personal injury claim? https://t.co/vnaEvxQ64H
View on Twitter
7
15