Home > News > Hydrocephalus: cause or effect? 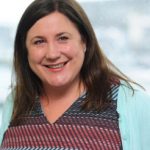 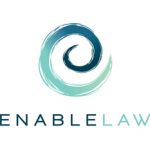 Katherine Pearce is an experienced medical negligence lawyer with leading South West firm, Enable Law. She is also the mother of a young son who has hydrocephalus and cerebral palsy following a brain haemorrhage at birth.  Dr Stephen Roundhill is a Consultant Clinical Neuropsychologist who also hails from the South West.

In conversation with them recently, we discussed the causes, symptoms, and remedies for hydrocephalus, and the complexities of identifying brain injuries that might result from medical negligence.

So what is hydrocephalus?  Essentially it is a build-up of cerebrospinal fluid on the brain caused by a blockage, which leads to raised intracranial pressure in the brain.  It is the raised pressure that causes damage to the brain and affects neurological function. The impact of any resulting brain injury can be extensive, and, left untreated, hydrocephalus can be fatal.

Hydrocephalus can be a primary condition, for example from a bleed in the brain that might have gone undetected at birth which can cause neurological damage and physical complications. It can also be  secondary to another condition, for example the presence of a brain tumour or the effect of meningitis – anything that may result in a blockage

“It tends to be a very diffuse injury as pressure is spread throughout the brain. So, as well as effects during the acute phase such as urinary incontinence and balance problems, and in very severe cases threat to life when ‘deep’ brain systems may be compromised, you often find widespread cognitive effects. These may include reduced processing speed, bilateral effects causing visual and verbal memory problems, and difficulties with aspects of executive function. These issues can sometimes resolve once the pressure is reduced, but in some cases they may remain into the longer term.”

“Clinical negligence claims involving hydrocephalus are extremely complex and identifying the underlying cause of the condition is just as important as understanding its impact,” said Katherine.  “There will always be arguments around causative and non-causative elements of clinical treatment when someone has a condition that results in hydrocephalus.  For example, if a child suffered a brain tumour and hydrocephalus presented as a secondary condition, it might be argued that the hydrocephalus caused the brain injury because the tumour could be removed in which case how the condition was picked up, monitored and treated become critical.  From a quantum perspective (ie the value of a claim for damages), you have to determine what injury was caused by the brain tumour, what was caused by the removal of the brain tumour, what was caused by hydrocephalus, and you also have to quantify the damage caused to someone as a result of any failures to manage the conditions.”

Katherine continued: “I understand the complexities from both a professional and personal perspective. My own son has hydrocephalus and cerebral palsy as a result.  He was ‘shunted’ very early to relieve the pressure in his brain and now has Slit Ventricle Syndrome (a rare complication of treatment of hydrocephalus in infants; small ventricles in a shunted patient can be misinterpreted as a properly working shunt).  The ventricles have lost their plasticity and no longer expand.  A CT scan would suggest that, technically, he doesn’t have hydrocephalus. However, because his ventricles don’t expand, the pressure of the cerebral spinal fluid raises and can lead to headaches, vomiting, loss of consciousness and seizures. He also has spasticity on his left side (left hemiplegia – a form of cerebral palsy) and visual difficulties because of the pressure on his optic nerve.  The bottom line is that hydrocephalus is an immensely complex condition that must be carefully managed.”

Katherine has used her personal experience and legal knowledge to help the Brain Injury Group to develop a training event that will provide delegates with an in-depth knowledge of hydrocephalus, quantifying a claim and considering the legal arguments around causative and non-causative elements of a case.  She will be presenting about the impact of hydrocephalus on families.

Click here to find out more about Katherine Pearce and Enable Law.

Click here to visit our website for full details of our hydrocephalus training day, designed for personal injury lawyers (claimant, defendant and barristers), but highly relevant to health and social care professionals, insurers and charities who support people affected by brain injury.

The event takes place on Tuesday 5 June in London. For further information please visit our website or contact julie.mccarthy@braininjurygroup.co.uk.

Delegate fees apply and places are limited to just 70 delegates. 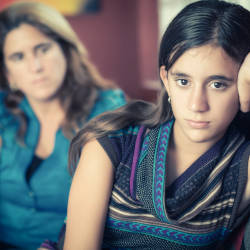 Brain Injury Group @braininjurygrp
2 hours ago
Did you know our website features a directory of professionals who provide expert reports for brain injury claims? Listings in this section of the directory are just £100 + VAT (one off fee). Email enquiries @braininjurygroup.couk for more info.
https://t.co/p77pgjEn28
View on Twitter
0
1

Brain Injury Group @braininjurygrp
1 day ago
One of the most visited categories in our on line directory is case managers - we feature individual case managers and case management companies across the UK. If you'd like to appear, its a one off fee of £100 + VAT. Email enquiries @braininjurygroup.co.uk
https://t.co/3A36qOXiDr
View on Twitter
0
0

Brain Injury Group @braininjurygrp
1 day ago
We've been online today with @bt_sen1 and @Bourbon_Rich from @PremexGroup for our first webinar of 2021 looking at SEND Reforms. If you missed this webinar, the recording is available, accredited by @apiltraining and free for members to access (fees apply to non members) https://t.co/NASUxzCFn9
View on Twitter
0
6

Brain Injury Group @braininjurygrp
1 day ago
At times we all do or say something without thinking and instantly regret our words or actions, generally we have an internal filter which stops us acting inappropriately. For those who have a brain injury, this may not be the case.