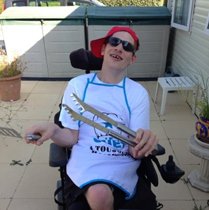 Ryan suffers from mixed dyskinetic/spastic quadriplegic cerebral palsy as a result of birth asphyxia caused by the negligent management of his mother’s labour.

Ryan’s cerebral palsy causes him severe impairment of motor function and speech, and he has developmental delay. Despite his condition, Ryan has a near normal life expectancy.

Ryan’s family were originally advised that they could not win a negligence claim against the hospital. They sought a second opinion from Brain Injury Group solicitor Helen Niebuhr, of Darbys solicitors, and Helen was able to use of her years of experience in brain injury cases to win £6.6million, a record settlement at that time.  Justine, Ryan’s mother, spoke for the family: “Ryan is secure and will be well cared for, for the rest of his life. If we hadn’t known of Helen, we would still be struggling and worried about the future”.

Ryan is now attending Star College.  He had been shy about communicating using communication aids but has now over come most of this, he uses his I-pad for communication. He has a power-assisted “West Ham FC” chair, which gives him some independence in getting around.  As a result he is now more confident about going out and about shopping, going to the pub and communicating with other people using his communication aids and joining in activities at Star such as Christmas parties. With his settlement, Ryan and his family have been able to move to a new house which is fully adapted for his needs and has a lift so that Ryan can access all areas of his home. He also has a swimming pool which allows him time to move around freely out of his wheelchair, and enjoy fun and games with his friends and family. He has holiday caravans in Cornwall and France and spends a lot of time at both.

The picture shows Ryan cooking at the BBQ on a recent family holiday. None of this would have been possible without the compensation he deserved which was so nearly kept away from him.” 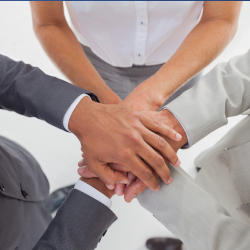 Today, Paul is a successful founder of a brain injury charity, public speaker and an advocate for victims of brain injury, and through his works he provides valuable insight into the challenges faced during the…
Read More

One of the most common symptoms following a brain injury is fatigue. Fatigue is a feeling of exhaustion or extreme tiredness. The degree experienced does not necessarily depend upon the severity of the brain injury…
Read More

Many people describe changes in relationships following a brain injury – you may not hear from friends, former colleagues or family members as much. Communication problems can make it difficult to say words and express…
Read More

Brain Injury Group @braininjurygrp
17 hours ago
Join us at 11.30 on 8 July for our webinar looking at when and how claims for brain injury made via the CICA can be re-opened. A must-see for all lawyers handling CICA claims. Accredited by APIL Training - register now! https://t.co/btvU3mqQKc https://t.co/6RznVa8Ddy
View on Twitter
1
0

Brain Injury Group @braininjurygrp
3 days ago
Join us at 11.30 on 8 July for our webinar looking at when and how claims for brain injury made via the CICA can be re-opened. A must-see for all lawyers handling CICA claims. Accredited by APIL Training - register now! https://t.co/btvU3mqQKc https://t.co/RUSQRAECsq
View on Twitter
2
1

Brain Injury Group @braininjurygrp
4 days ago
One punch changed the life of Paul Spence, founder of P.A.U.L for Brain Recovery. Find how his life has changed and his advice about life after brain injury.

Brain Injury Group @braininjurygrp
5 days ago
Join us at 11.30 on 8 July for our webinar looking at when and how claims for brain injury made via the CICA can be re-opened. A must-see for all lawyers handling CICA claims. Accredited by APIL Training - register now! https://t.co/btvU3mqQKc https://t.co/Lin0PVpl1o
View on Twitter
1
2