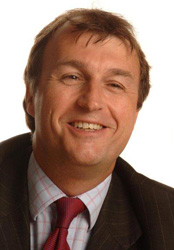 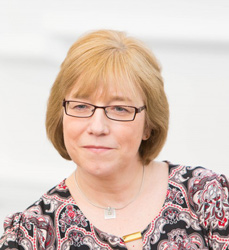 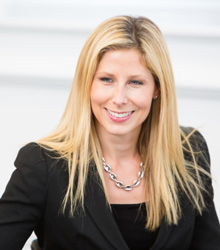 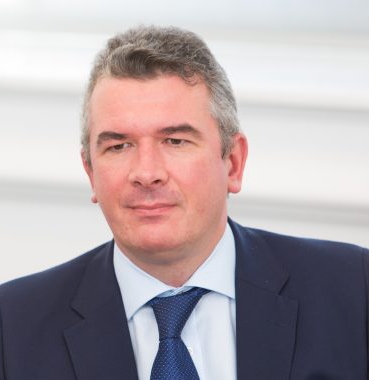 Hugh James is a long-established Top 100 firm of around 550 people, including 44 partners, and offer our clients – who range from owner-managed businesses and private individuals to multinational corporations, financial institutions, public bodies and not-for-profit organisations – the range, strength and depth of expertise they need.

Hugh James also has over fifty years experience of providing legal advice on the significant events in our clients’ lives. We have over 30 lawyers devoted entirely to personal law. Between them, they cover pretty well every area on which a private individual would need advice over the course of a lifetime. In a nutshell, whatever your legal requirement, Hugh James can help.

The catastrophic injury team comprises of specialist lawyers who deal purely with brain and spinal cord injury claims together with a dedicated Court of Protection unit with court appointed Deputy which supports individuals who lack capacity to manage their financial affairs. The team also has a multi-disciplinary element, with an experienced social worker, welfare benefits advisor and accountant.

As a client of Hugh James, you will get bespoke expert legal advice and arrangements will be made for you to get access to the best care, treatment and rehabilitation you require. Working purely in this field, our experts understand the impact that traumatic brain injury and spinal cord injuries can have upon an individual and their family and time and care is taken to make the process of applying for compensation as stress free as possible.

Our client transferred his brain injury compensation claim to the Hugh James Brain Injury Team after being dissatisfied with the service he was receiving at another firm of solicitors. He sustained a severe traumatic brain injury and orthopaedic injuries after he was involved in a road traffic collision whilst driving his motorcycle through London in 2005. The defendant driver involved in the collision was uninsured and so the Motor Insurers’ Bureau (MIB) was put in place as the defendant. Initially the MIB denied liability alleging that our client was driving at excessive speed and had caused the accident.

The MIB made an offer in an attempt to settle liability, however, our experienced brain injury solicitors and barrister advised our client to reject the offer. After months of negotiations, liability was eventually agreed on a 60/40 split in our client’s favour. The traumatic brain injury sustained by our client meant that he lacked the mental capacity to make an informed decision, as well as instruct a brain injury solicitor. This meant that the settlement had to be approved by a judge at the High Court.

Following approval of the liability spilt an interim payment of £50,000 was agreed, which enabled the Hugh James Brain Injury Team to put case management and a comprehensive care package in place. It also funded much needed psychological therapy and occupational therapy and helped ease the financial stress being experienced by our client and his wife as a result of loss of earnings following the collision.

As part of the personal injury compensation process our highly trained brain injury solicitors obtained appropriate evidence (both lay and expert) to assess the nature and extent of our client’s injuries. Reports were obtained from a number of experts including: a neuropsychologist; neuropsychiatrist; neurologist; orthopaedic surgeon; ear, nose and throat surgeon; ophthalmologist; maxillofacial surgeon; and spinal surgeon. Non medical reports were also obtained from experts in the fields of care, forensic accountancy, Court of Protection as well as a report from an independent financial advisor who dealt with the suitability of receiving compensation by way of a lump sum payment and a periodical payment order.

An out of court settlement was reached in this case 10 days prior to trial following lengthy negotiations. Our specialist brain injury solicitors successfully argued that a reverse indemnity, for state funded care received, should not be a condition of the settlement.

The specialist brain injury solicitor who ran this case is Cari Sowden-Taylor, a Senior Associate within the Brain Injury Team at Hugh James solicitors. At the end of the claim our client’s wife and litigation friend commented “Cari, no words can express how much we have appreciated all your help and hard work over the last few years. We are truly grateful. Thank you so much”.

Our client suffered serious brain and orthopaedic injuries in a road traffic accident in 2006 when he was hit by a car whilst crossing a road in West Wales. He developed epilepsy, hearing problems and loss of taste and smell.

Our client made a remarkable recovery but was left with significant ongoing problems. Despite this he was able to return to his pre accident work due to the fact that his employer was very understanding of his ongoing problems.

Reluctantly, the defendants agreed to pay for the recommendations made under an immediate needs assessment under the Rehabilitation Code. This greatly assisted our client and facilitated his return to work and as normal a life as possible despite his serious injuries.

Our client could not remember the accident at all and there were difficult issues in relation to liability – not least that our client was intoxicated at the time of the accident and there were no independent witnesses. The defendants fought the case strongly and denied liability up until a month before the expiry of the limitation period when the case finally settled.

Our client was cycling along a village road in 2010 when the defendant opened her car door, without warning, into the path of our client’s bicycle. Our client, who was not wearing a helmet, collided with the door of the vehicle and fell from her bicycle which resulted in her sustaining a severe brain injury, skull fractures, swelling of her brain and bleed to her right temporal lobe, as well as soft tissue injuries. Our client was taken to hospital by air ambulance and, despite the serious nature of her injuries, she was discharged 4 days later in to the care of her family.

The defendant admitted primary liability but argued that our client was contributory negligent for not wearing a helmet and would not have sustained her injuries if she’d been wearing a helmet.

Reluctantly the defendant’s insurer agreed for an immediate needs assessment to be carried out under the Rehabilitation Code. Various recommendations were made, but the defendant refused to provide funding and so an interim payment was sought and obtained which meant that much needed private occupational therapy and neuropsychological input could be provided.

Approximately 3 years post-accident, our client described odd sensations that she was experiencing and so she was referred to a consultant neurologist who concluded that she was suffering temporal lobe seizures. Medication was obtained to help regulate the sensations.

Four months prior to trial, we managed to settle our client’s claim by way of lump sum payment following a joint settlement meeting and achieved a significant six figured sum to reflect the amount of pain, suffering and loss of amenity, treatment received and care costs.

Hugh James is a long-established Top 100 firm of around 550 people, including 44 partners with offices in Cardiff and London. Advice is provided to owner-managed businesses, multinational corporations, financial institutions, public bodies, not-for-profit organisations as well as private individuals requiring expert legal advice in respect of matters such as personal injury or clinical negligence claims.

Get no obligation, free help and advice from Hugh James 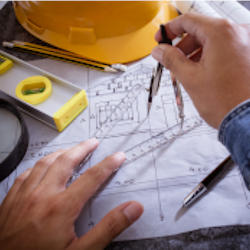 One of the biggest capital outlays any of us are likely to make during our lifetime is the purchase of a home. After a traumatic brain injury or other catastrophic or personal injury, many clients…
Read More

Whilst your lawyer’s overall objective is to achieve compensation for you after you have been injured, this will not be their only goal. A good injury lawyer should be prioritising your immediate needs and focusing…
Read More

When a tragic accident occurs, there is a possibility that not only the directly injured individual has a claim but also someone who has witnessed it. What’s the difference between primary and secondary victims? In…
Read More

Brain Injury Group @braininjurygrp
4 days ago
Housing adaptations following brain injury - how are these planned, what can be done to ensure they are successful? Find out, with the help of @NovumLaw @HyphenLaw
https://t.co/UJeiYS5bFj
View on Twitter
0
0

Brain Injury Group @braininjurygrp
4 days ago
The benefits of the right rehabilitation at the right time https://t.co/mIz4gbmr0S
View on Twitter
0
2