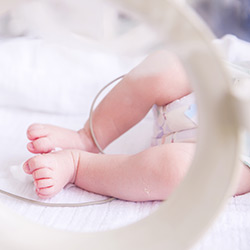 In 2009, Ms M, a 26 year old woman working as a nurse in a children’s intensive care unit, was expecting her first child.  The only possible risk to her pregnancy was due to her partner’s haemophilia, however an early scan had indicated that they were having a boy and that he would not be affected.  Ms M and her partner were very excited about the birth of their first child.

Ms M attended the hospital after her waters broke.  Ms M was induced, but as her labour developed there were signs of foetal distress which should have prompted a review of her labour by a doctor.  No such review took place and consequently the baby boy, N, suffered brain damage at birth. N received total body cooling immediately after his birth for 24 hours which is believed to have significantly reduced the amount of brain damage sustained as a result of the defendant’s negligence.

N’s brain damage could have been avoided if Ms M had undergone a caesarean section after the baby’s distress was first observed; instead he will require significant care for the rest of his life.  He suffers from micro-cephaly and a seizure disorder, his speech and language is severely delayed and he has an evolving behavioural problem.

N is being represented by Elizabeth Smith of Plymouth-based Brain Injury Group member, Wolferstans Solicitors.  The negligent hospital has admitted liability and Elizabeth is in the process of valuing the care that N will need for the rest of his life which is expected to be in excess of £1 million. 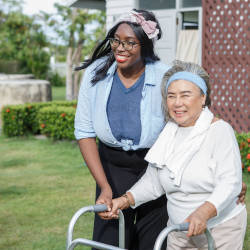 How Much Care Is Too Much Care?

Suffering a traumatic injury can not only disrupt daily life, but it can put tremendous strain on the family and relationships too. Providing those with an injury too much care, can alter their chance for…
Read More

In the course of our business rehabilitating those with acquired brain injury we are often asked if we provide ‘care’, which suggests to us that some of those that engage with our services do not…
Read More

Fatigue is something that many of us may have experienced from time to time, normally after a particularly intense period of activity. Signs may include; difficulty concentrating or maintaining attention, eyes feeling heavy, head feeling…
Read More

Brain Injury Group @braininjurygrp
12 hours ago
We’re proud to partner with @OnePunchUK to provide legal and welfare benefits support. Can you help support them? https://t.co/eXSCEBkLXn
View on Twitter
2
2

Brain Injury Group @braininjurygrp
12 hours ago
Thank you @CorporeUK, the latest organisation to sponsor a tee sign at our golf day taking place in October! Still some holes left available for sponsorship! https://t.co/VRenDe0xTF
View on Twitter
1
2

Brain Injury Group @braininjurygrp
12 hours ago
252 golf balls delivered - is Julie exceptionally bad at golf or are preparations well underway for our October golf day? (It’s both!!). Fundraising for @OnePunchUK and @bigsupportgroup https://t.co/menHHTW0js
View on Twitter
2
4

Brain Injury Group @braininjurygrp
17 hours ago
Thanks this week to @Evorio365 & @ExchangeC who have both sponsored a tee sign at our golf day, being held on 13/10, when we are fundraising for @OnePunchUK and @bigsupportgroup. If you'd like to sponsor a tee sign email julie.mccarthy @braininjurygroup.co.uk. https://t.co/geJ72ASqIC
View on Twitter
3
3

Brain Injury Group @braininjurygrp
5 days ago
How much care is too much? Read our latest article by Tessa Gough Associates https://t.co/a4BWgVNshW
View on Twitter
0
0