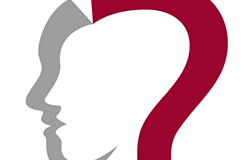 Head injuries and their severity vary significantly. Initial assessments are often measured according to the Glasgow Coma Scale (GCS) which looks at levels of consciousness and neurological functioning, and subsequently described as mild, moderate or severe.

However the classification of each of these can differ considerably according to which research study you look at.

In one study ‘mild’ injury is classified as loss of consciousness for less than 20 minutes, no deterioration in CGS score, no focal neurological deficit or complication, no intracranial mass lesion or intracranial surgery.

‘Moderate’ is defined as 9-12 on the GCS with complication focal brain lesions seen on CT scan.

‘Severe’ injury is defined as 3-8 on the GCS where loss of consciousness exceeds six hours.

Post traumatic amnesia refers to the period from the injury until the individual can form a reliable and continuous record of on-going events in memory. It is a transient state characterised by anterograde amnesia and attentional disturbance, sometimes accompanied by more bizarre behaviour such as gross disinhibition and hallucinations. It often terminates abruptly even though the patient may show persistent cognitive and memory deficits. It encompasses any period of loss of consciousness although a brain injury can cause disorientation and post-traumatic amnesia even when there has been no loss of consciousness.

Estimating the exact duration of post traumatic amnesia is difficult and often complicated by the fact it is not usually assessed reliably during the inpatient stay, and patients can be discharged home whilst in this state. Nonetheless, the length of post traumatic amnesia can be a good indicator of injury severity and a good prognosis indicator for long term cognitive recovery.

Memory abnormalities are common particularly in patients who have suffered moderate to severe head injury including frontal and anterior temporal lobe damage. The severity and permanence of the memory loss is dependant upon the severity and location of the head injury. One study found that seven years after severe head trauma, memory deficit was the single most frequent symptom reported by 53% of the patients and by 79% of their relatives.

Find out more about the Glasgow Coma Scale in the document below. 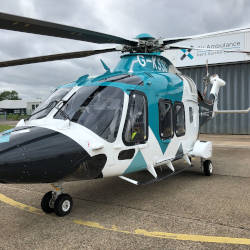 Brain Injury Group @braininjurygrp
3 hours ago
Gin tasting in aid of Child Brain Injury Trust (we're hoping for vodka tasting next!). Get involved and raise funds for a great cause! https://t.co/dpJ6Ls8HXt
View on Twitter
Rich Neve @Whisky_Rich
The Gin Tasting evening is here! Sign up and have a wonderful evening sampling gins and raising money for @cbituk. Thanks to @PremexGroup & @SouthportWhisky for making it happen. https://t.co/1PfMPSnkoM
0
0

Brain Injury Group @braininjurygrp
3 hours ago
Busy securing speakers for an awesome in-person event on 8 February 2022 - watch this space for full details and be sure to save the date! #rehabilitation #braininjury #braininjurygroup #training https://t.co/Ef6P1Blusc
View on Twitter
0
1

Brain Injury Group @braininjurygrp
3 hours ago
Our adult brain injury training day on 9/11 is over half full - email julie.mccarthy @braininjurygroup.co.uk to secure your place. Full details on our website https://t.co/1dcPaYo5Xk
View on Twitter
0
0

Brain Injury Group @braininjurygrp
3 hours ago
Our child brain injury training day on 5/10 is now sold out - email julie.mccarthy @braininjurygroup.co.uk to join the waiting list - we hope to release additional places closer to the date. Full details at https://t.co/yXqZ5zBE4c
View on Twitter
0
0

Brain Injury Group @braininjurygrp
6 hours ago
Join us on 15 June at 11.30 am for our webinar exploring the claims process and the role a case manager plays in that process. Thanks to sponsorship from @PremexGroup this webinar is FREE to attend. Sign up via our website.
https://t.co/sMa04C9bb9
View on Twitter
0
4

Brain Injury Group @braininjurygrp
2 days ago
Did you know its possible to recover the costs of charitable services received by a client, through a PI claim? Read more in our article - paying it forward - produced with the help of @irwinmitchell
https://t.co/pLyti22pyi
View on Twitter
3
7