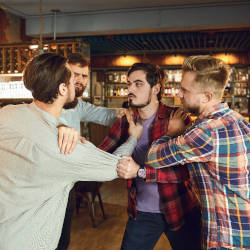 CICA statistics, published by the Government for the period 2020-21, show that decisions were made in over 27,000 applications to the CICA. Claims are commonly made following an unprovoked violent attack by another individual or group, and it also includes domestic abuse and victims of shaken baby syndrome.

Claims can be made for both physical and mental injury, sexual or physical abuse, loss of earnings, and what are known as special expenses to cover costs incurred as a direct result of an incident. Where the incident has resulted in a fatality, bereavement payments, payments for loss of parental services and financial dependency as well as funeral payments will also be considered.

In most cases, people have two years from the date of the violent incident in which to begin an application to the CICA. However different rules apply to children and those who do not have the mental capacity to bring a claim on their own behalf, although in all cases, it is advised that the injured party, or their representative, begin the application process as soon as possible.

Injuries sustained outside of Great Britain

Do I need legal representation for a Criminal Injuries Compensation Scheme claim?

The Scheme has been designed so that in principle individuals can apply for compensation without the need for legal representation. However, it can be a complex process and many individuals who find themselves in stressful circumstances may find it difficult to navigate their way around the system and deal with the CICA’s processes. The government website has extensive information about the CICA and how a claim can be made, but it’s important to note that it is the responsibility of the injured person to provide the evidence necessary to prove a claim and enable the CICA to decide the case. Should the matter need to proceed to an appeal to the independent Appeals Tribunal then more formal legal rules and procedures come into play.

The onus is on the person applying to prove the severity of the injury and to establish a loss of earnings or earning capacity and any special expenses, which may include loss or damage to property, costs associated with NHS treatment, the need for specialist equipment or housing adaptations. In the case of a brain injury, it is likely there will be ongoing care requirements, and these can also be awarded where it is not available from other publicly funded agencies and can often form a substantial part of a claim.

If evidence of these losses/future expenses is not presented to the CICA by the injured person or their representatives, no award will be made for them, so it’s important to be aware of what can be claimed and how these losses/special expenses can be evidenced.

Can a compensation award be refused?

In one word, yes. There is a strict qualifying criteria which means that in certain situations, an award can be refused, or reduced, due to the behaviour of the injured person at the time, or before, or after the attack took place. This can include, but is not limited to, if the injured person was considered to have provoked the attack, if they fail to co-operate with the police or where they have previous criminal convictions themself. Refusals can be challenged via the appeals process.

Is it best to speak to a solicitor?

At Brain Injury Group we always recommend you consult a solicitor before beginning any application, even if you then decide to continue by yourself. This is especially important when a brain injury is involved. It is also important to note that if you begin an application by yourself, you can at any point choose to instruct a solicitor to continue the application on your behalf, or to appeal any decision. Funding for such legal work is usually by way of an agreement whereby the law firm will agree to defer their fees until such time as a successful award is made, and charges can be based either on the time spent working on the case or alternatively as a percentage of the damages awarded.

We have many CICA specialists among the membership of Brain Injury Group. The following case studies were provided to us by Neil Sugarman, from member law firm GLP Solicitors. Neil has devoted his legal career to helping those injured in unprovoked attacks, with a particular specialism in shaken baby cases.

He was admitted to the local specialist brain injury hospital with a Glasgow Coma Scale of 8/15 and was found to have suffered from an occipital fracture with a haematoma and a left sided subarachnoid haemorrhage. His injuries caused right sided weakness and damage to memory, cognition and personality.

An application was made to the CICA which ultimately ended up at an Appeal Tribunal after offers of £136,000 and then £234,000 made by the CICA had been rejected. At the appeal, D was awarded £500,000, the maximum available under the CICA.

Following the making of the award, D’s Court of Protection appointed Deputy was able to purchase a 3 bedroom property for him which was able to be improved, in an area away from the site of the happening of the incident to avoid recurring memories of it. He is happily settled there with his girlfriend and the property is able to accommodate visits from his children.

D enjoys pastimes such as model making and successfully made a birdcage out of match-sticks and surplus wood. He also enjoys fishing in the locality and has access to Case Management support if he ever needs it. He and his family take regular holidays and they have a settled lifestyle.

M was shaken by her birth mother within the first few months of her life, sustaining the classic symptoms of brain damage caused by “shaken baby syndrome”

An application was made under the Criminal Injuries Compensation Scheme, initially by the local authority who had taken her into care after this sad occurrence but then on her behalf by her grandmother who had become her foster carer under what are known as Special Guardianship arrangements.

After providing compelling evidence about the extent of the damage done to M by the assault the CICA was persuaded to make the maximum award under the Scheme of £500,000 to her.

M’s grandmother was initially appointed as her Court of Protection Deputy, but it was accepted that it was more appropriate for the total award to be managed in a more flexible trust, of which her grandmother is a trustee together with a professional trustee.

M’s brain injuries had caused her to have emotional, behavioural and learning problems, leading to her becoming extremely vulnerable, in particular as a consequence of early sexualised behaviours and exploitation. With the benefit of the award, she has been able to access extremely specialised therapy services and treatment, to address these and other issues. She has now reached majority and is beginning to do well with the benefit of the constant support and therapy input that is available to her, and the unfailing assistance of her grandmother.

Find further information about how Brain Injury Group can help

With thanks to Neil Sugarman of GLP Solicitors for his help with this article. For more information about Neil, and his experience click here

Brain Injury Group @braininjurygrp
4 hours ago
After a brain injury, help and support may be needed from others to manage your day to day needs - a package of care may be needed or you may need to live in a specialist setting. We can help you navigate continuing healthcare funding. https://t.co/PK1xVd625w
View on Twitter
1
0

Brain Injury Group @braininjurygrp
7 hours ago
Membership renewals continue - delighted to be working for a further 12 months with @BTIndividuals, @HatchBrenner, @Davey_Law, @Bevirs and @ForthsForensic. Find out more about our members on our website https://t.co/63crPyJx0k
View on Twitter
0
0

Brain Injury Group @braininjurygrp
1 day ago
We're excited to be back meeting people in person at our training day in Milton Keynes on 28 June, in collaboration with @Bush_Company. Places are selling fast and there's now very limited availability - visit our website for more information. https://t.co/rsDc9trNWd
View on Twitter
1
2