Home > News > CICA Claims – do I need to instruct a solicitor? 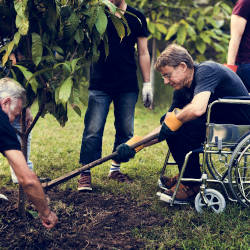 If you or a member of your family have suffered injury as the result of a violent assault, then you may be entitled to claim compensation for your injuries from the Government funded Criminal Injuries Compensation Scheme (CICS).

The Criminal Injuries Compensation Authority (CICA) administer the Scheme. Whilst claims can be brought to the CICA without instructing a solicitor, it is important to understand the conditions, time limit and evidence required before starting an application.

Who can claim for criminal injuries compensation?

To claim, it must be shown that the victim has suffered a qualifying personal injury as a result of a crime of violence. However, awards can be refused or reduced due to a number of circumstances, including if the victim:

Refusals can be challenged, but knowledge, skill and persistence is often necessary. As a result, an experienced solicitor is often instructed.

What is the time limit for bringing a claim for compensation caused by criminal injury?

There is a strictly enforced two year time limit for bringing a claim for criminal injury. There are very limited circumstances where this can be extended, such as if the victim lacks mental capacity.

What evidence is needed for a criminal injuries claim?

Contrary to expectations, it is not necessary for someone to have been caught or convicted of the assault. The CICA needs only to be satisfied on the facts presented to them that, on the balance of probability, the injury was sustained as the result of a criminal act. Expert medical and other evidence is either obtained by the CICA or presented to it, for both the eligibility of the award and the amount that should be awarded. In the case of a brain injury, this may include the police report and medical reports from neurologists and other associated medical professionals.

How much can be claimed through CICA?

The maximum amount that can be awarded under the scheme is £500,000 but the amount is determined on a tariff basis. For further information on how awards are calculated, visit our How we can help page: www.braininjurygroup.co.uk/how-we-can-help/criminal-injuries-compensation-scheme/

Can I start an application and instruct a solicitor part way through the claim?

We receive many enquiries from people who have started the process themselves, and then find that they need help from a solicitor to either:

Our member firms are happy to talk to you at any stage of your claim and to offer assistance. Adequate successful compensation awards are not easy to achieve. When it comes to brain injury, this is possibly even more so. Thus it is important to consider legal representation when bringing a claim under the Scheme.

Would you like to speak to someone about criminal injuries compensation?

If you have started a claim for criminal injuries compensation or would like to start a claim, we can help. Brain Injury Group member firms have to prove that they are experts in personal injury claims with brain injury experience. As such, we can find you an approved, experienced, expert solicitor to help. What is more, with the number of firms we have throughout the UK, we can find a criminal injuries solicitor local to you.

If you would like support, please email Julie McCarthy on julie.mccarthy@braininjurygroup.co.uk

Colin, a 47 year-old man, was returning from his mother’s home in Merseyside when he became the victim of an unprovoked assault by 4 men. As a result of the assault, Colin sustained serious brain injuries. He was admitted to his local hospital and found to have a left temporal intra-cerebral hematoma. He suffered a left pneumothorax and was transferred to the Walton Centre where he underwent a craniotomy. Following extensive inpatient treatment, he was transferred for rehabilitation. Subsequently, Colin was placed by social services in a charitable home. It was from here that Colin was trying to conduct his own Criminal Injuries Compensation claim.

When it became apparent that this was beyond him, he instructed GLP solicitors. Colin only had elderly parents and no other immediate family who were readily able to assist him. He found himself with no effective route out of the charitable home. Therefore, it became necessary to establish who at the local authority was responsible for him and re-engage with them with a view to arranging his discharge back into the community. This also involved liaison with the housing authorities.

Following the obtaining of appropriate medical evidence, an interim award was made by the CICA to enable the appointment of a Deputy. GLP began the process of the full compilation of all medical, social services and other evidence necessary to prove the claim. All the while, supporting Colin in his protracted dealings with statutory services.

The maximum award available under the Criminal Injuries Compensation Scheme

The CICA made an initial offer of an award of £44,000, which was increased when challenged by GLP on Review to £67,328. However, this was regarded as wholly inadequate and the matter was taken to appeal. Ultimately, Colin was awarded the sum of £500,000, the maximum available under the Criminal Injuries Compensation Scheme.

Following the completion of the claim, GLP has continued to support Colin as his Court of Protection appointed Deputy and by the provision of appropriate Case Management services funded by his award.

How Brain Injury Group can help?

It is possible to make a claim for damages to the CICA without legal representation. However there are a number of complex procedural and legal aspects to the Scheme and it may be beneficial to speak to a member of Brain Injury Group prior to commencing any claim, even if you then decide to proceed without legal representation. Additionally, if you have already commenced a claim to the CICA and then find you need legal help, our law firm members can assist.

Brain Injury Group members GLP Solicitors are based in the North West of England but assist clients throughout England. GLP are experienced in personal injury claims with particular expertise in Criminal Injuries Compensation Scheme claims. 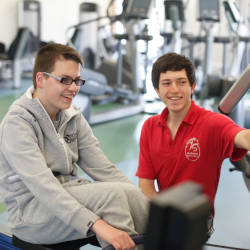 Brain Injury – a story of love

Anne Sanders has worked as a personal injury lawyer for over 21 years. In this article, Anne talks passionately about her clients and her work with brain injury… I have had the privilege of working…
Read More

CICA Claims – do I need to instruct a solicitor?

If you or a member of your family have suffered injury as the result of a violent assault, then you may be entitled to claim compensation for your injuries from the Government funded Criminal Injuries…
Read More

Horse riding accidents and the law

Horse riding is a popular activity in the UK, but horses can be unpredictable, they have a mind of their own, which makes riding a high-risk activity. It’s not uncommon for a rider to suffer…
Read More

Brain Injury Group @braininjurygrp
1 day ago
We hope everyone enjoyed this mornings webinar on poor outcomes following mild traumatic brain injury, featuring Daniel Freidland, Consultant Neuropsychologist. The recording is available free of charge of members, charities and the NHS, fees apply to all others. https://t.co/A9GmhPdGCg
View on Twitter
0
6

Brain Injury Group @braininjurygrp
2 days ago
Pleased to confirm @Pryers renewal as members based in York for a further 12 months. Find full details on our website. To be members, law firms have to satisfy our strict joining criteria which ensures you are in safe hands with a specialist in their field https://t.co/adnpZIU6Fb https://t.co/72PfuC3pw6
View on Twitter
1
2