Home > News > What is Fluctuating Capacity? 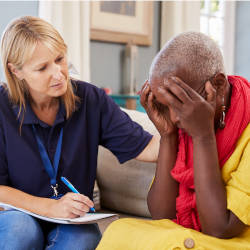 The Mental Capacity Act provides a framework to protect people who lack the capacity to make their own decisions and aims to maximise their ability to participate in any decision-making.

The Act sets out 5 guiding principles to protect people who lack capacity to make specific decisions. It also aims to maximise their ability to participate in decision-making.

The Act, however, does not specifically address the issue of fluctuating capacity. Fluctuating capacity describes the situation where a person sometimes has the capacity to make their own decisions and sometimes does not. This can be due to a number of reasons but generally the cases suggest that these cases can be divided into broadly three groups.

Whilst the Act does not provide any guidance on the approach for dealing with decision making for these individuals the accompanying Code of Practice does offers some guidance. It suggests that some people have fluctuating capacity as a result of “a problem or condition that gets worse occasionally and affects their ability to make their own decisions.” The examples given are manic depression or psychotic illness which have a temporary effect. The Code of Practice indicates that a person with fluctuating capacity may be supported to make a decision and suggests that it may be possible to put off the decision until the person has the capacity to make it.

Where the capacity loss is more permanent it could lead to the finding of a lack of capacity to make certain decisions.

In the case of Re E (Medical Treatment: Anorexia)1 a woman was deemed not to have the capacity to weigh up the factors relevant to making a decision to refuse medical treatment because her overriding compulsion to refuse food compromised her decision-making ability and prevented her from acting in her own best interests.

In the case of Royal Borough of Greenwich v CDM2 the court looked at the ability of a 64-year-old woman, with a personality disorder, to decline treatment for diabetes. The court expanded their analysis to look at micro and macro decisions. The decision in question was viewed as a macro or global decision – an interplay of many factors including health consequences, diet, insulin management, glucose blood testing and admission to hospital for treatment. Whilst the judgement acknowledged that she may have the capacity to make micro decisions in respect of some areas of her treatment sometimes at other times she may not. Overall, the expert opinion in the case suggested that the decision was a macro decision on a much broader footing which she did not have the capacity to make.

Re DY3 the case looked at the capacity of a young women to consent to sexual relations. She suffered from foetal alcohol syndrome and had a learning disability. She was in a settled relationship. Although she was said to have capacity to consent the local authority had raised a question of whether, when she became upset and distressed, she might not have the capacity to consent. In this case the court did not consider there was evidence to suggest that she was unable to give valid consent.

The assessment and management of fluctuating capacity remains a complex issue requiring detailed specialist opinion to confirm whether the client is able to effectively make their own decisions. The development of the case law in this area does assist in this analysis but it remains a balance between offering protection to the most vulnerable whilst ensuring that autonomy is retained where it is possible.

Hudgell Solicitors serve clients nationwide and have offices in Hull, London and Manchester. 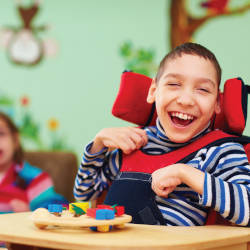 We were instructed to act on behalf of child F, through his carers and Special Guardians. Child F had sustained a severe traumatic brain injury as a result of non-accidental injuries caused by his natural…
Read More

Brain Injury Group @braininjurygrp
2 hours ago
The BIG Brain Injury Services Directory has the answers for people affected by brain injury, providing a comprehensive A-Z listing of services and support for people with a brain injury, their families, and people who work with them.
https://t.co/CEUgOanlZp
View on Twitter
0
1

Brain Injury Group @braininjurygrp
1 day ago
If you are considering putting a power of attorney in place, or have a relative who lacks capacity due to illness or accident, join us on 23 June at 12 noon for our session on powers of attorney and best interest decisions with @freeths

Brain Injury Group @braininjurygrp
1 day ago
We've just added another new webinar to our programme 5/7 at 12 noon - Putting the 'fundamental' into fundamental dishonesty. Sign up now to join us and @No5Chambers. https://t.co/w2BqWAT8Jy - free for members, fee applies to non members. APIL accreditation applied for. https://t.co/pQ8r3uCiM3
View on Twitter
0
0

Brain Injury Group @braininjurygrp
1 day ago
If there is one way to brighten our Monday morning, its to receive a batch of branded goodies! Thank you @PremexGroup for your support professionally, and personally. https://t.co/nRbuQvQXI0
View on Twitter
0
0

Brain Injury Group @braininjurygrp
4 days ago
After a brain injury, help and support may be needed from others to manage your day to day needs - a package of care may be needed or you may need to live in a specialist setting. We can help you navigate continuing healthcare funding. https://t.co/PK1xVd625w
View on Twitter
1
0