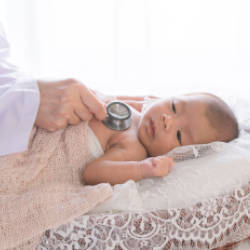 Shaken baby syndrome is a serious brain injury caused by a form of child abuse where a baby is forcefully and violently shaken – it takes as little as 5 seconds of shaking to cause severe brain damage.

This type of brain injury is most commonly seen in children under the age of 2, but can affect children up to the age of 5. Babies have soft brains, delicate blood vessels and weak neck muscles, the combination of which means that if a baby or young child is shaken, their brain may repeatedly hit the inside of their skull. As a result, injuries can include bruising, bleeding in the brain and brain swelling. It’s also not uncommon for a baby suffering shaken baby syndrome to also suffer broken bones and damage to their eyes, spine or neck.

Whilst many parents playfully interact with their babies by bouncing them on their laps or gently throwing them into the air, these types of interaction will not cause shaken baby syndrome. The injuries are caused when someone forcefully shakes a young baby or child, usually through frustration or anger.

Sadly, some babies will die as a result of shaken baby syndrome, and those who survive are likely to be left with severe brain damage and require extensive rehabilitation and life-long care.

It’s estimated that around three to four hundred babies each year are shaken by their parents or carers within the first few months of their life. This is a criminal act and the young victims are entitled to claim compensation for their injuries and for the cost of future care, treatment, aids and equipment from the Criminal Injuries Compensation Authority (CICA).

Claims to the CICA for shaken baby syndrome are among the most complicated type of claim to bring and its important to ensure that the correct evidence is presented. Applications should be made as soon as possible on behalf of the injured baby by the adult who has been awarded care, and no later than their 20th birthday.

(Names have been changed to protect identity)

Connor and Jack were twins who sadly were both shaken by their birth father in the early months of their lives, sustaining catastrophic brain injuries. At the time both boys lived in the north of England and were taken into care but they eventually moved to live with their loving grandparents in Wales.

The consequences of Shaken Baby Syndrome resulted in very severe emotional, behavioural, developmental and learning difficulties and in Jack’s case severe visual problems. The grandparents who are in their fifties were appointed as Special Guardians and devoted their lives to the care of the boys. They also took over responsibility for the Criminal Injuries Compensation claim which had been started by the local authority working with appointed solicitors.

The boys required full time care when they were not at school, including on occasions during the night. The CICA, after a prolonged battle, made initial offers of compensation of £70,000 and £120,000 and then somewhat bizarrely when challenged on Review decreased the offers. The cases were taken to appeal and very comprehensive expert care reports were obtained, highlighting the need for specialist support for the grandparents and case management to assist them.

The Tribunal awarded the maximum sum of £500,000 to each of the twins who are now eleven and the sums are being put in special personal injury trusts which will protect them from means testing for benefits purposes. It will also allow the grandparents together with professional trustees to make the best choices to enhance their futures.

(Names have been changed to protect identity)

Mary was shaken by her mother’s boyfriend when she was nine months old, suffering severe brain injury as a result of the classic symptoms of Shaken Baby Syndrome. She was taken into care by the local authority for the area in which she lived in the north of England. Thereafter, a claim under the Criminal injuries Compensation Scheme was made in June 2010.

Solicitors were instructed to take over the claim by the local authority in 2013 and by that time Mary was living with her maternal grandmother. Her brain injury meant that she was exhibiting many behavioural problems and this was impacting on her learning. There were identified needs for special computer equipment and speech and language therapy. Specialist reports were commissioned from a paediatric neurologist and a paediatric neuropsychologist identifying the full extent of the damage done in the assault on Mary and her likely long term issues. In particular, there were concerns as to her behaviours and her vulnerability. Subsequently, it emerged that she had been a victim of grooming, resulting in police involvement.

An expert care report identified a need for specialist therapy and case management. The CICA made an initial offer of £414,426 but this was rejected and at appeal the maximum sum of £500,000 was awarded to Mary. This amount was placed in trust. Mary continues to remain vulnerable and she has anger issues but she benefits from specialist therapy and support services which are funded by her award. Mary remains in the care of her devoted grandmother who is her appointed Special Guardian.

Case studies have been provided by Neil Sugarman of GLP Solicitors.

Neil Sugarman qualified as a solicitor in 1981 and has practised almost exclusively in the field of personal injury work. He has a special interest in claims to the CICA on behalf of shaken babies who have suffered catastrophic brain injury and in 2001 received a commendation for his work in the UNICEF Child Rights Lawyer of the Year awards. Neil’s firm, Brain Injury Group member GLP Solicitors handle cases nationwide.

How Brain Injury Group can help 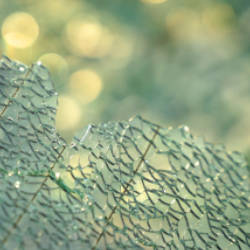 In 2017, Adam (name has been changed to protect identity) was deliberately struck by a car in a pedestrianised zone whilst on a night out with friends. Adam sustained serious injury; his head took the…
Read More

Brain Injury Group @braininjurygrp
16 hours ago
Law firm members of Brain Injury Group have satisfied our strict joining criteria which ensures you are in safe hands with a specialist in their field. Find your closest member on our website https://t.co/Bi3G8DtFgr
View on Twitter
0
0

Brain Injury Group @braininjurygrp
2 days ago
Our next webinar explores how a collision investigator can unpick the pieces of a road traffic collision to understand what happened during the build up. Join us on 27 April at 12 noon. Members may join for free, non members £29 + VAT
https://t.co/WqRTw0JGb8
View on Twitter
0
0

Brain Injury Group @braininjurygrp
2 days ago
With full details of our late spring/early summer webinar programme about to be released and in person events restarting in the Autumn, there’s never been a better time to become a law firm member of Brain Injury Group.