POST-CONCUSSION SYNDROME (PCS) refers to those symptoms that linger following a concussion or mild traumatic brain injury (MTBI). Conflicting findings regarding symptom duration, an absence of objective neurologic findings, inconsistencies in presentation, poorly understood etiology and significant methodological problems in the literature make post-concussive syndrome a controversial topic. It was first described in 1822 by Boyer and understanding varies from a pure ‘neurosis’ or ‘malingering’ to an organic disorder.

Although no universally accepted definition exists, most of the literature defines the syndrome as the development of at least three of the following symptoms:

Post-concussion symptoms can begin to occur within days, although in most cases often resolve within one month. However, in some individuals symptoms can persist from months to years following injury and may even be permanent. There are a number of theories emerging as to why this may be the case.

One theory is the diathesis-stress paradigm which suggests a predisposition or vulnerability to developing PCS. Vulnerabilities can include pre-existing psychiatric disorders such as depression or personality disorder and/or psychological issues such as poor coping skills and illness perception. The other theory relates to the physical impact and the mechanisms of the injury. As scanning technology becomes increasingly sophisticated, subtle but diffuse microscopic damage to nerve cells and fibers can be identified following MTBI. These pathological changes typically occur after high speed declarative vehicle accidents rather than being struck directly on the head.

The risk of post-concussion syndrome does not appear to be associated with the severity of the initial injury and does not require the individual to have lost consciousness. This has significant impact in a medico-legal aspect. A common perception is that patients who develop post-concussive syndrome from head injury are those who perceive a source of blame for the injury and desire to pursue litigation. However, a single study evaluating this did not demonstrate a correlation between blame and litigation. In fact, post-concussive syndrome symptoms persisted after settlement.

The argument continues as to the basis of the PCS. Most investigators now believe that a variety of pre-morbid, injury-related and post-morbid neuropathological and psychological factors contribute to the continuation of the symptoms in those sustaining MTBI. What is certain is the detrimental impact of these symptoms on an individual’s ability to function on a day to day basis and the potential long term impact following MTBI. As such, correct diagnosis, thorough assessment, including neuropsychological assessment, and treatment (medical and psychological) on an outpatient basis should be standard. 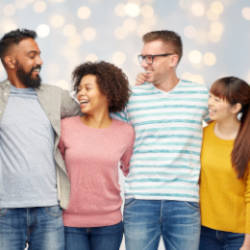 My name is Paul Spence. In 2012 I suffered a frontal lobe brain haemorrhage which blew my life to pieces on every level you can imagine. The injury brought changes to my personality and amongst…
Read More

A place and time – Mary’s story

There is a place and time for everything and this is so true of neurorehabilitation. When someone first has a neurological event it is the misconception that they must have the most therapy possible in…
Read More

If you’re acting as a property and affairs Deputy then you will almost certainly need to submit an annual report of your activities to the Office of the Public Guardian. The first report is usually…
Read More

Brain Injury Group @braininjurygrp
14 hours ago
We are a network of specialist lawyers here to help if you've suffered a brain injury. With the click of one button we connect you to multiple lawyers for a free no obligation chat, ensuring you have access to an appropriate lawyer for your circumstances. https://t.co/YHMlMuctBv https://t.co/F2DMqFFSdg
View on Twitter
1
2

Brain Injury Group @braininjurygrp
15 hours ago
Our final golf shout out today goes to @NestorIFA @ChasedeVere who have kindly sponsored a raffle prize at our charity golf day in October. Thank you! https://t.co/9E0tnGLQN7
View on Twitter
0
0

Brain Injury Group @braininjurygrp
22 hours ago
Thanks to Evorio IT Solutions and Sequoia Circle LLP (IFAs) for sponsoring a raffle prize at our charity golf day this October - your constant support of this event is really appreciated. Email enquiries @braininjurygroup.co.uk if you'd like info on sponsorship. https://t.co/4KOyqLsjwo
View on Twitter
0
1

Brain Injury Group @braininjurygrp
22 hours ago
Thanks to @premier_med_grp for sponsoring a raffle prize at our charity golf day this October and to @KrissiFletcher1 for stepping up to help at our halfway house (and eat cake all day with us!) Email enquiries @braininjurygroup.co.uk if you'd like info on sponsorship. https://t.co/ppeBF6aUq7
View on Twitter
1
3

Brain Injury Group @braininjurygrp
22 hours ago
Thanks to @tlscosts for sponsoring a raffle prize at our charity golf day this October - really grateful to Simon Wadlow and his team for their ongoing support of this event. Email enquiries @braininjurygroup.co.uk if you'd like info on sponsorship. https://t.co/Mo0P72XAFD
View on Twitter
0
0

Brain Injury Group @braininjurygrp
2 days ago
Did you know all our webinars are recorded & available for at least 9 months? Free for member firms to access, fees apply to non-members. The NHS and registered charities may also access free of charge by using a NHS or charity email address to register.
https://t.co/lZLA6WW4wU https://t.co/SzicoFdMnd
View on Twitter
1
2